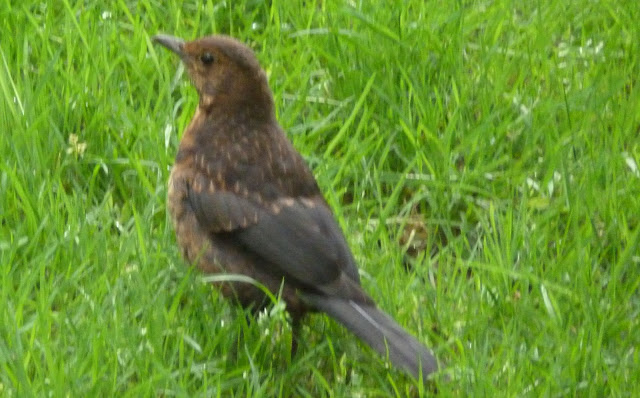 Nice to catch a  shy thrush rather than a blackbird  in The Grove this time.

A  voluble man with two mobile phones at a cafe table toys with both of them. Now he seems to be talking into them at the same time. He is discussing his social life. As it becomes more detailed he leaps to his feet and wanders away his voice fading into a crowd of shoppers.

A full English is advertised outside a greasy spoon. Breakfast of  course. But the language changes. A few years ago would anyone have known what it meant? In those days breakfast was unequivocal. Eggs, bacon, sausage, tomato, baked beans perhaps. Fried bread, sausages, and, rather in the North than in the South, black pudding for the indulgent.
Posted by Unknown at 5:47 pm

At least now we know it's greasy, fatty, calorie-rich and unhealthy. That's why it tastes so good.