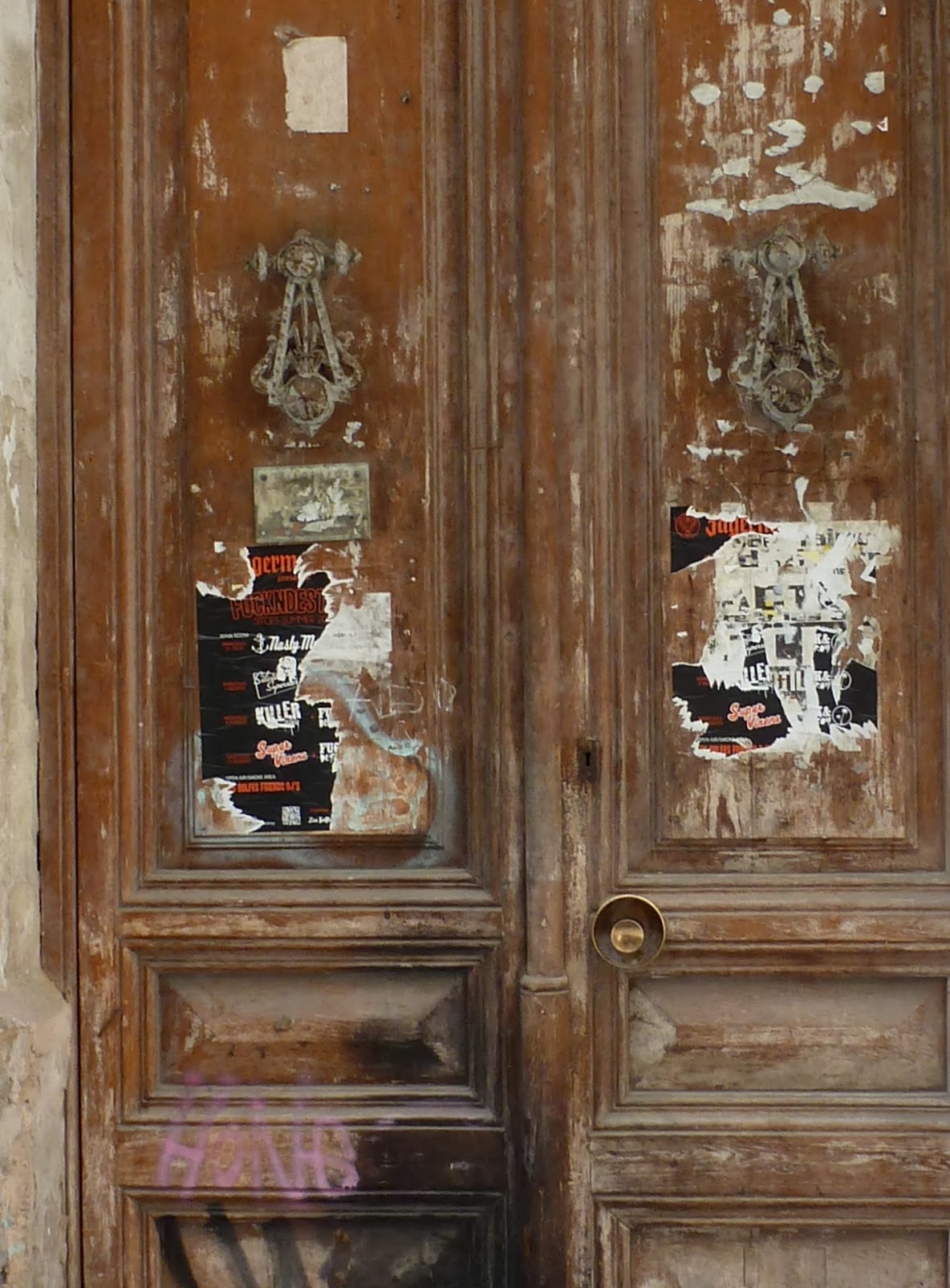 Layers of experience cover the surface of this door in Sitges, which has seen better times and will doubtless see them again.

Electronic noises  in an odd way copy  the grunts and hums of homo sapiens. I hear  with interest the noise which my mobile phone makes when I switch off the power. It resembles the note of contentment which tired  people tired often emit as they settle down in comfort on the point of sleeping.

Waking early I often listen to the shipping bulletin on the BBC. It deals with the sea areas surrounding the British Isles - Faeroe's, Fair Isle, Viking, North Utsire, South Utsire etc. The familiar labels  with the evocation of wind, fog and salt spray,  are comforting like a chant or incantation.
Equally I am addicted to the Met Office's report on coastal waters up to 12 miles off shore. Many are familiar from visits to the coast. They too have a ritual charm, a reminder of what it is to inhabit an island. The  names are followed by descriptions of weather, wind, visibility and the state of the sea. But the headings  with which sailors are familiar  are not given. So that you hear: "Cape Wrath to Rattray Head. Mainly north or northwest. Smooth or slight.  Showers. Good."  Language at its briefest, honed to its sharpest edge. But linked to  the places - North Foreland,  Great Ormes, Mull of Galloway- with their echoes of cliffs and seabirds and breaking waves,  lovely English words.
Posted by Unknown at 3:47 pm

What a pleasure to have a warm house and the choice not to venture out of doors on this gloomy November day just outside of Toronto. I checked the temp in Sitges.....6C. Tomorrow, when I will be out, it will be -6C, and winter is underway.

Well do I remember; and that kind of confidential delivery with which the news and forecast were delivered. The man had style.

Lovely paean to the shipping forecast. Do they ever still play 'Sailing By'? I seem to remember it was reserved for the late night one, which I only remember catching at certain times in my life.