White and green, never after 8 and love 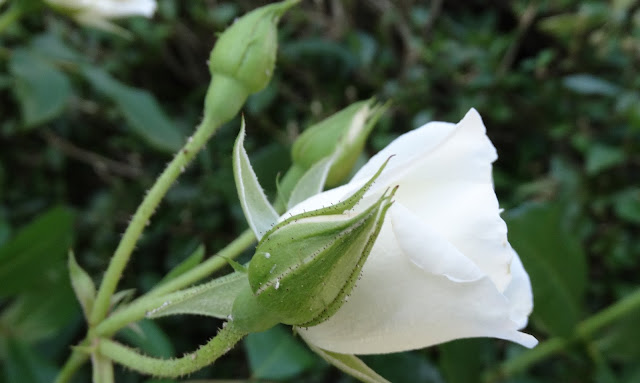 
Ahead of me in the queue at the fish stall at the Farmers' Market a talkative woman says to the fishmonger: "My grandmother used to say you should  never buy fish after 8 o'clock in the morning..." After a pause she adds," but she was a Londoner".

The Belgian market gardener asks me if I speak Spanish. He recites the six word of Spanish he knows. Hola,  Adios, Buenos dias ...etc". I ask him if knows  manana, and with out explaining the old joke, say that it is the Spanish for urgent. It is lost on him. I walk on but he catches me up."I know something else in Spanish," he says beckoning me away from the crowd. "It must be rude," I say. "No," he says with a schoolboy giggle: " Yo te quiero, mi amor."  Is this a declaration? Surely not.
Posted by Unknown at 5:28 pm

As someone who exchanges greetings in what I call my pathetic "cowboy" Spanish with a young fellow at my Korean owned Green Grocer (a small bit of the Global economy....), muchas gracias por your anecdote.

Too late now but there's are qualities in Spanish (lacking in French) which appeal to me. The coughing sounds between words, the need almost to unhinge the bottom jaw to achieve vowels that are full of spit. Even formal Spanish sounds colloquial. These are fanciful observations, I know, but I enjoy the jagged sequences.

I often fancy I hear the sound of the guitar in the rhythms of Spanish especially when it is spoken by men. The poems of Garcia Lorca with their guitar like stresses are something special. Try googling Cordoba ... Aunque sepa los caminos ...