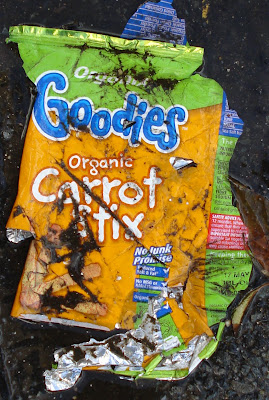 ...no junk. Another cast off icon to wonder at.

When you want to go to the Station, Grosvenor Road or Mount Pleasant from our house, you have a choice of ways. Quite Proustian, Guermantes or Swann? Only, in our case, it is the Berkeley Road way or the Miles Garage way. For Berkeley Road you turn right; for Miles Garage you turn left. The Berkeley Road way is the prettier and takes you past The Grove Tavern. The Miles Garage way is quicker if you want the Station or the convenience store, but only by about 30 seconds. Not that Miles Garage doesn't have its attractions. A small car repair workshop, it has been looking after people's cars since the 1900s. Both ways take you through The Grove - the compact, more or less circular, park which plays a persistent, if modest part in the lives of those who live in the area. But they take you through different entrances. The Grove is a place dedicated to trees and to small children, who have a playground within it. Some of us take it for granted as one does somewhere on one's doorstep, but it deserves to be noticed from time to time, as I try to do, for its bird life and human life, both of which are equally in evidence.

In Le Bal du Compte d'Orgel, by Raymond Radiguet, I come across these surprising words: " .. un alcoolique , collectioneur de virgules". Before reading any more, I fly to the dictionary convinced that "virgule" must have an additional meaning other than "comma" . But no: comma, it is; nothing else. I read on, and should have done so in the first place. The next sentence reads: "This collection consisted of counting the number of commas contained in an edition of Dante. The total was never the same. He would start again without relief." It is the sort of French humour which appeals to me, wry, a little surrealist and throw-away - a slant on the oddness of human behaviour. Radiguet published two novels (the other is Le diable au corps) before he died of typhoid at the early age of 20 in 1924.

When taking a wander down at the port on Sunday, I a boat caught my eye called 'La Virgule Flottante'. I rather wish I had photographed it now. A floating comma sounds a little like some punctuational faux pas, something like a dangling preposition...

Checking in my somewhat old and out of date Oxford French dictionary, I found one could also have 'moustaches en virgules', a drooping moustache, which also sounds a bit like Proustian, or at least something a Proustian character might have sported. Unless of course it was a cliche figure of speech he couldn't abide, like raining ropes...

On the whole it seems that virgule is a richer word than comma. I love La Virgule Flottante.