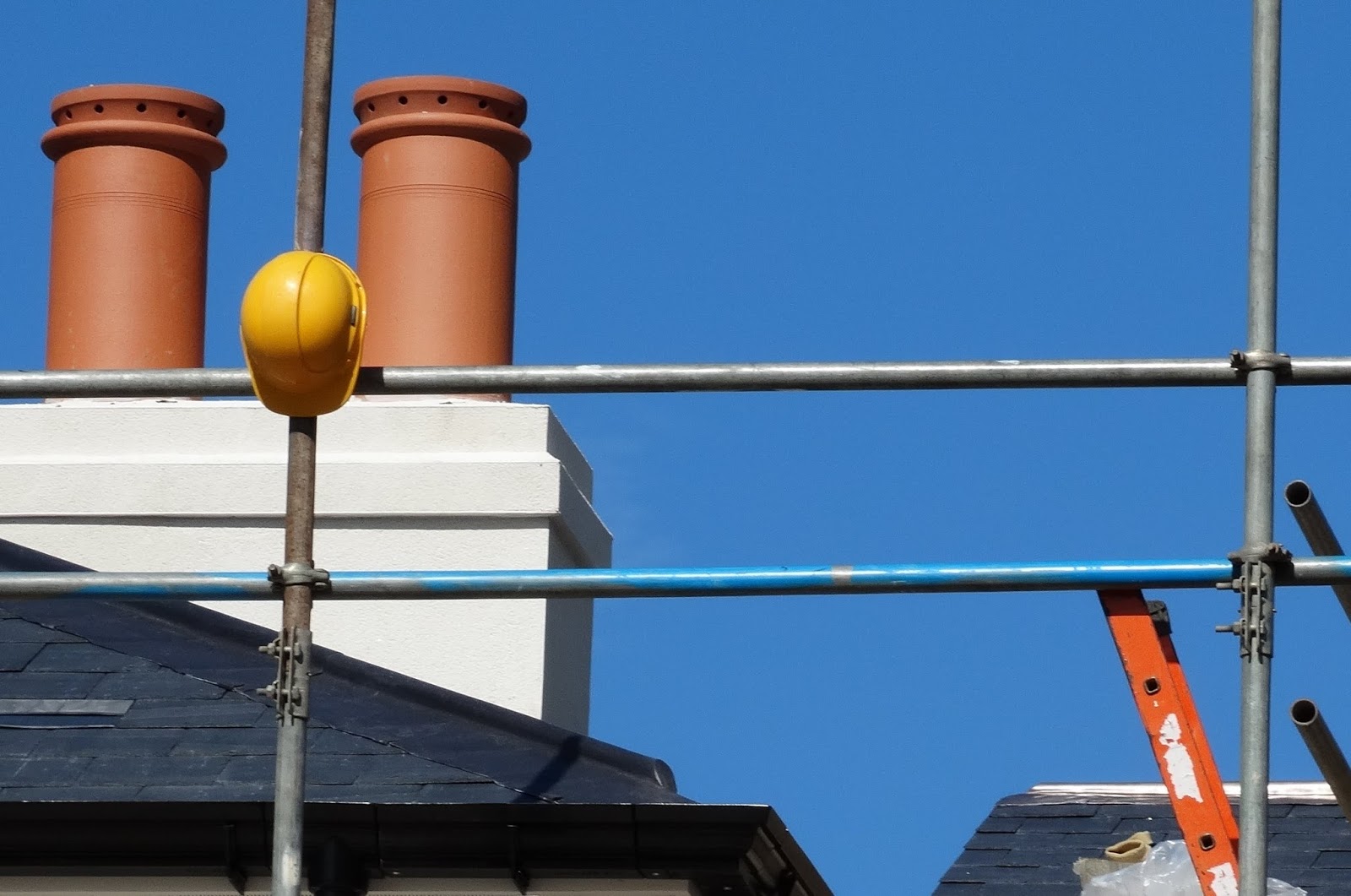 Scaffolding where builders are still working on the new house next to the vegetable garden. Photo no. 2 in the series,
Old people in supermarkets and other public places  sometimes have a diffident look about them as though they are on parole and are  being watched for good behaviour. A thought  prompted by couple  of oldies who  waver in the check-out queue as though not certain of their place in such a purposeful world  I do not include myself in this category. Yet.

The climbing French beans  in the garden are on the edge of a glut. The blue skinned variety are disguised  by shadows which mimic their shape  when you go to pick them ; the plump green one by their colour which is the same as the leaves and stems among which they hang.
Posted by Unknown at 5:58 pm

I'm diving in here while the comment box is open, I've not been able to get through for weeks!

You could always let the beans go over and harvest them as dried beans - has-beans even...

Good to hear from you Lucy. I don't know why from time to time visitors have difficulty in commenting in Best of Now. It is a mystery to me. I have tried to open the blog myself in the guise of a visitor. Occasionally I have the same difficulty.

I invariably let the beans become have beans. Haricots secs I guess. Very nice in soup, or blanched and then tossed in a pan with olive oil and garlic.