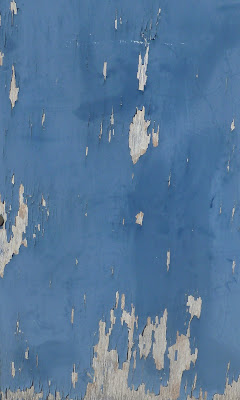 Paint peeling does not necessarily appeal, but think of the frame as a careful composition and it may capture your imagination.

From the train I see a field of buttercups, and I think of The Field of the Cloth of Gold, the young Henry V111 and the French king Francois 1 attempting unsuccessfully to settle their differences, with a show-off party. I remember a photograph which I took of my children when they were little more than babies sitting among buttercups. Sad to say the bright yellow in the photograph eventually faded to a drab ochre.

It is now the  season of elder flowers. Their white saucer shaped inflorescence's fly over hedgerows and hover at the edge of woods and walls. In The Englishman's Flora,  Geoffrey Grigson writes: "The Elder grows like a weed, it does not live to a great age, its young stems are not strong, it stinks yet produces  sweet smelling flowers, and sweet, if cloying elderberries. It makes effective medicine and poor timber, it is neither bush nor tree, neither bad nor entirely good." He goes on to report that elder must not be burnt. If you put it on the fire, you will see the Devil sitting on the chimney pot, or else the Devil will come down the chimney. If you dislike most elderberry and elder-flower recipes, Grigson says, try elder-flower pancakes from Austria - circlets of blossom  held by the stem, dipped in batter, fried and eaten with sugar. They are, he says, "fragrant as pods of vanilla".
Posted by Unknown at 5:00 pm

The image looks like an abstract painting, not quite Klein Blue.

I enjoyed the quote about the elder and its flowers and berries. One of our daughters makes a cordial from it.

The Field of The Cloth of Gold always sounds like a very bad translation. I believe the actual location is somewhere just off the autoroute in the Pas de Calais and the signposts include the phrase drap d'or but I'm working from memory and I've probably got it wrong. I seem to recall the whole of the French title is no more persuasive; worse, it doesn't sound serious. I was going to say that history is always serious but then I remembered an anecdote in The German Genius involving Nietsche and Wagner which was not only hilarious but characteristic of both men.

I think the blue painting is interesting because of not just the patterns of silver peeled off paint, also the shades of blue. I can see a person with their arm raised towards thier left (the right of the picture).

Elder flower fritters do taste quite wonderful. A shake of the sugar caster over the fritters is a must too.