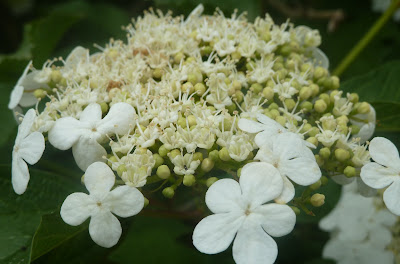 In the front window of a house, a pair of feet crossed and resting on the sill appear to be looking out on the street - ten toes curious to see what's happening.

I enjoyed The Crow's comments on my post yesterday about what one might  call voluntary, involuntary noises. The sort of noises that people make when they are exerting themselves and feel the need to build up and release energy.Setting aside the screams and grunts of tennis players, there is a sort of pleasure to be gained from groaning. It is something that I have noticed in myself and in some of my contemporaries - a groan when aging limbs are stretched in the process of rising from a low chair, or contracted when sitting down after unusual exertion. Robert Graves captures it in his poem Welsh Incident when a narrator describes a creature emerging from the sea. In reply to the question what sort of noise did it make?  "A musical noise, a noise of scuffling?" No,  says the narrator, "but a very loud respectable noise/ Like groaning to oneself in chapel close before the seconds psalm".

The hydrangea is so delicate looking a flower for so sturdy a shrub. Lovely photo.

Crow The variety is appropriately lace-cap.

Lucy Yes, I rememember you publishing a a photograph of hte green-covered, Penguin Robert Graves of more or less the same vintage as mine.