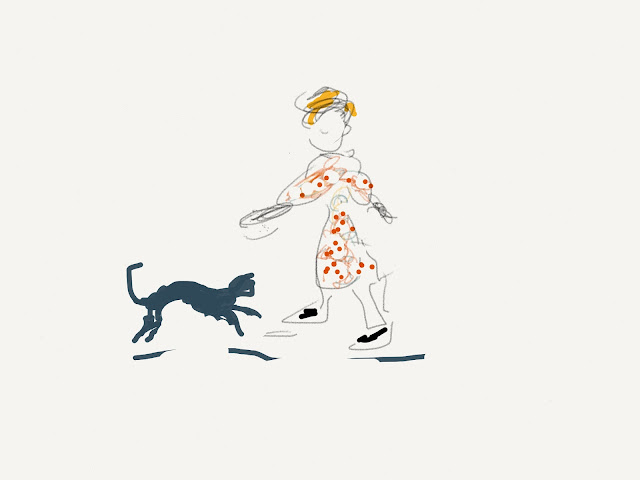 Wallowing in idleness this is the  first Christmas for as long as I can remember when I have not had the opportunity to cook  the festive meal.  But I am not complaining. Our neighbours looked after us generously.  Good company and good food and drink. I could easily get used to such idleness.

As I pass The Grove Tavern someone must be telling a joke. An explosion of laughter within is followed by waves and after shocks of raucous response. It is the sort of sound that could only be heard in an  English pub. All inhibitions forgotten.
Posted by Unknown at 12:31 pm

I thought you captured the essence of feline action beautifully. As for the laughter from the pub, yes, I can remember such times not without a little wistfulness. But I have always enjoyed observing rather than taking part in those times.

The sound of a pub is a sound to return to. There is nothing like it.

Tom, Lucas Pubs are changing. First they smell no longer of tobacco and ceilings are no longer stained yellow with nicotine. Second, many are infested with children, many in pushchairs. Of our two local pubs, The Grove Tavern (whence the belly laughs) is the one truest to past tradition. It is long and narrow. No room for children. It serves no food. And it is not tied to the sale of indifferent bitter. Heidi doesn't like it because there are few places to sit. There are few women customers and she calls it "a man's pub". Nothing wrong with that in my view.