on the way naked rent 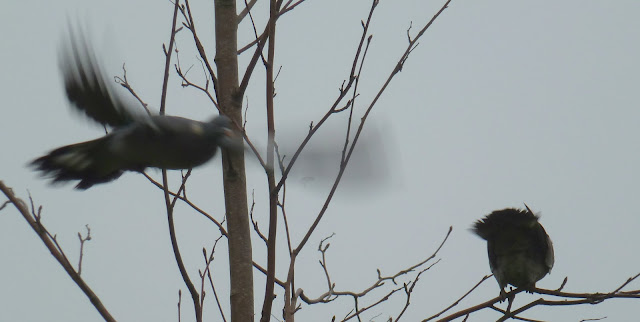 Though not proud of the picture I was glad to capture this pigeon coming in to land.

Who (or what?) do women find attractive in men? And men in women?  See  yesterday's Tone Deaf. The topic still on my mind I am startled  this evening when my other half says: "Look there's a naked man." We are in the men's clothes department of Hooper's on a special shopping evening. The absence of enthusiasm in her voice is instructive. There is indeed a naked young man noticeable for his fake tan and aspiring muscularity.  He is  wearing only a pair of rather unprepossessing shorts. One assumes he is there to promote the sale of underwear, but doesn't appear to be succeeding. The burgers of Tunbridge Wells, male and female, most wearing overcoats against the cold outside appear to be steering clear of him. As we do. "No", says the Mrs, " he's not my type. Male strippers do not and have never appealed.

A significant reduction in alcohol in-take in comparison with previous occasions,  impelled on my part  by the exigencies of age, does not seem to  affect the  level of conversation at Wednesday's Retreat meeting and afterwards at the Kings Arms. As we go on talking we refrain  by mutual consent from a  second refill though occupying a premium table in the busy real ale pub. "That's our rent," says RR casting a sad eye on our nearly empty glasses. Somewhere buried there are the remnants of a drinking etiquette which requires you to sink pint after pint until you sail towards oblivion.

Gosh, how sad all this is. Boozers reduced to memories of boozing. However I see that willy nilly a small hurdle has been leapt. After several years of blogonym disguise (on both our parts) I can see how the sudden appearance of my full name proved to be indigestible. You appear happier using the double R - at least there are no rumbles of suppressed complaint - and I assume you are easing yourself into familiarity. A small distant pitfall exists. One of my occasional commenters, Relucent Reader, abbreviates similarly but this should not be too much of a problem.