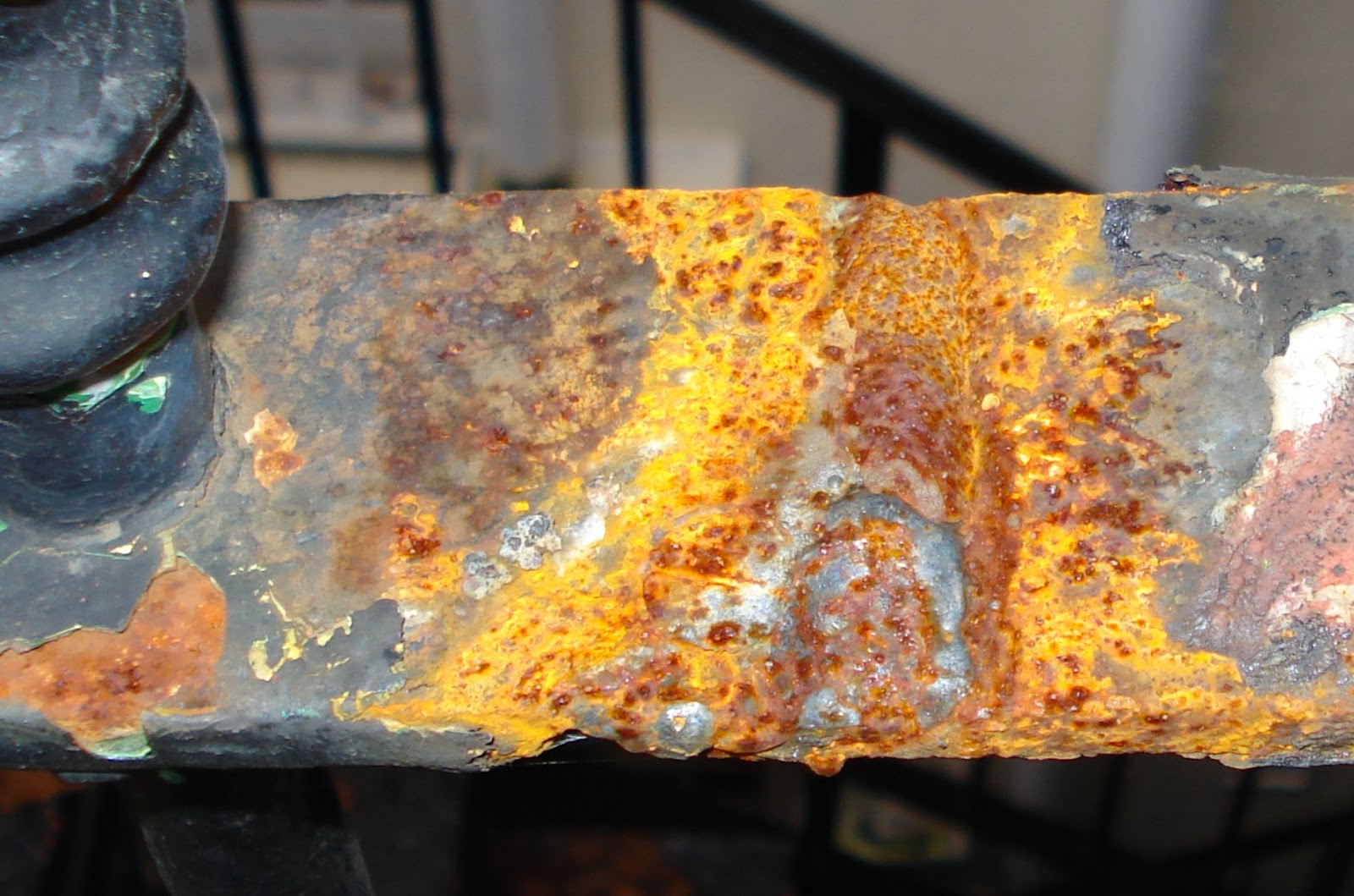 Rust spreads on a railing, a disturbing efflorescence.

On the radio I catch  the word "calm". Calm is what I like. And tranquil. I remember arriving at a small  hotel in Granada, Spain, without any money.  Two hungry teenage girls and a wife were putting a brave face on a venture which had started out as a light hearted picnic in the mountains. An abandoned car and a punctured tyre  to which I clung as a talisman  added to a  prevailing dreamlike quality. It was the weekend. Banks and consulates were closed or unreachable. "Sea tranquilo",  keep calm, said the kindly hotelier. "Tranquilo! And tranquil I became. The disaster soon became an adventure, a story to be repeated from time to time. And tranquillity something I have since been able to return to more easily  helped by the voice of the gentle hotelier which I  can still hear now.

Watching people in the doctors surgery I see people I think I once knew , but it is not their features I recognise.  It is the way their hair is cut and the sort of glasses they are wearing. Superficial likenesses. Something tells me that I should look more closely
Posted by Unknown at 6:38 pm

The rust is perhaps disturbing, yet I find the colours very compelling, and want to capture them elsewhere.

Disturbing to me also. Looks like a bad whatever in a medical book.
So, beautiful colors can remind us of bad.