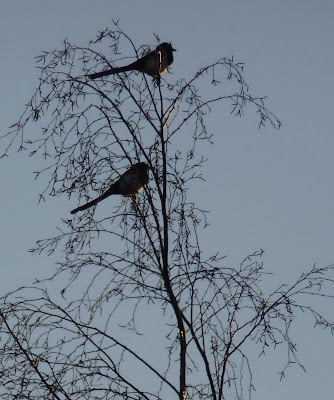 Some years ago I was fortunate enough to see  at The National Gallery an exhibition of paintings by the Spanish artist, Juan Sanchez Cotan, a contemporary of Shakespeare. His canvasses are  almost all  simple accounts of vegetables and other food items. Unlike the exuberant Dutch still lives of the same period,objects in his pictures are often arranged on a shelf with a dark, blank space behind, and shows  them  lit  from the front, the viewpoint of the artist. The shelf is not quite a shelf for, examined closely, it seems to have no wall behind it and to have uprights to left and right which make a sort of frame. |One of Cotan's  paintings reproduced and analysed  in The Independent a week or so ago, shows:  a quince and  a cabbage hanging from a string above a shelf or ledge, and on the shelf; a melon, from which a slice has been taken, a slice of melon, but  not the entire segment; and a cucumber protruding over the edge of the shelf. They are lined up from left to right, one beside the the other in the order which I have described them without  an apparent  attempt at composition, but one feels a considerable amount of thought and no little reverence. I  describe the painting rather than reproduce here it because it is another way of bringing home the extraordinary presence of  the subject matter. Google will doubtless show you the painting which is called Still Life with Quince, Cabbage, Melon and Cucumber.

I liked the manner in which you describe Cotan's painting. When I searched Google images and found it, I was suddenly struck with scent memories of each fruit, so realistic is his work.

I used to buy a half-dozen quince each fall to make my home smell exotic and sweet. I have an apple cake recipe I like to add grated quince flesh to, for scenting the batter as much for the floral flavor it adds.

Don't you just love the long tails of magpies?

(WF for this response is antiall - I admit I feel like that upon occasion.)

As we don't have Magpies, you are very kind to share yours!

Gradually the distinctions between the essayist and the meat products loaf sold in supermarkets is blurring. The supermarkets had problems spelling what they were selling (s or z, one l or two?) but the one thing they were sure of - it was e and not i. Now from the other end of the cultural spectrum you have swept their certainties aside and the acid-brained writer will always be confused with an anonymous, almost flavourless pinky-grey slice which I for one have with my lunch when I need a change from the excitements of pork luncheon meat or that other one - name unknown - with a simulacrum of a teddy-bear impressed into its innards. Given H's track record, and were he still living, I feel sure he would have to add a coda to his byline: eg, Not to be associated with anything else, practising in another field. The fact is he could get away with it if (like Fanny of that ilk) he was sharing an identity crisis with that other invigoratingly named meat-product loaf brawn. But Haslet or Haslett would be in danger of drawing much of the sting away from his essays; the product is just simply too bland.

Apologies to William Hazlitt and da Ponte. Haslet was defined by Dr Johnson as "the heart, liver and lights of a hog with the windpipe and part of the throat to it" Now more a sort of meat loaf. I will never learn to spell though I keep trying.

Crow ...and their black and white clothes like some sort of formal suit. I am so glad you took the trouble to look up Cotan and found it worth while.

CC A number of bird lovers dislike Magpies and even go so far as to shoot them because of the way they steal the eggs of other birds and even nestlings. Mrs Plutarch saw one chewing a baby blackbird in our garden.