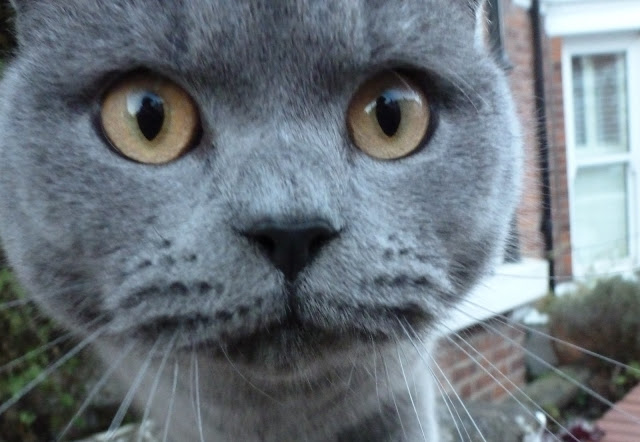 Several days ago I referred to Richard Ford's latest novel Canada which I had only just started at the time. Marja-Leena asked to what extent it was about Canada.  This afternoon I finished it; and because it was so gripping, after a longer than usual reading session. To answer her question, the last half is set in  Canada. It Saskatchewan to be precise. It has quite a lot to say about the country  and Canadians though in a somewhat oblique way. It is a novel which I recommend without hesitation and will gladly confirm that its memorable opening sentence will not lead to disappointment: "First I'll tell you about the robbery our parents committed. Then about the murders, which happened later."

A traffic warden is hanging around a car parked on a double yellow line and half way across the pavement too. He eyes me as though I could be its owner.  Why is it that I feel guilty as though it might belong to me?  It isn't mine and I haven't owned a car for 10 years. I never liked authority. Perhaps the guilt erupts from within from time to time.
Posted by Unknown at 5:10 pm

try the priestly approach ... amble up to him/her and ask them gently, "is there anything you would like to tell me, my child ?"

I am glad to see you are still posting (it has been awhile since I checked in). With regard to Richard Ford's 'Canada' I believe he was tilting his hat to Thomas Hardy and 'The Major of Casterbridge' in particular. RF is a clever writer.

Hi anon. The narrator in Canada who becomes a teacher refers to Hardy towards the end of the story. He teaches Hardy to his pupils and quotes him in connection with the narrative of his own story. It is a remarkably moving novel.

Richard Ford said he wanted to investigate the impact on an individual who was forced to live because of the actions of another -- the Mayor and the parents in each instance. If you pull the Hardy off the shelf you will find a reference to Canada. (I am Anonymous because I seem to have lost my Google password and can't be bothered to get a new one.)