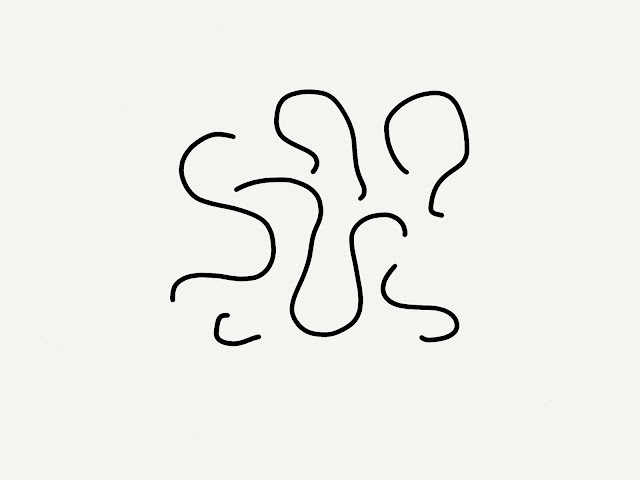 In the supermarket I bump into a young woman who is choosing herbs from the herb shelf. "Sorry," I say. She laughs: "Me, with my big bottom!" Such is the crush that I do not manage to see what she looks like.

They say that only women gossip. Not true. Men gossip but in a different way. In one of the shopping aisles in Sainsbury's, two middle aged men are talking. Both are of vaguely military appearance. The taller of the two has a white moustache.  .
"You know Paul?"
"Yes," followed by pause.
"You know what I mean?"
Another pause. "Yes."
"He's got more and more that way."
"Yes." Pause.  "I wouldn't dare say it...but".
"Yes."


A book found buried in a cave is probably the only remaining object of its kind. Its original purpose is not known and its contents have no significance. In the new story just posted in One Fine Day it has become the object of an annual mid-summer ceremony.
Posted by Unknown at 4:59 pm

I was tempted to finish off the sentence - had half a dozen ideas. But none could compete with that awful pregnancy. Some things in life are quite perfect.