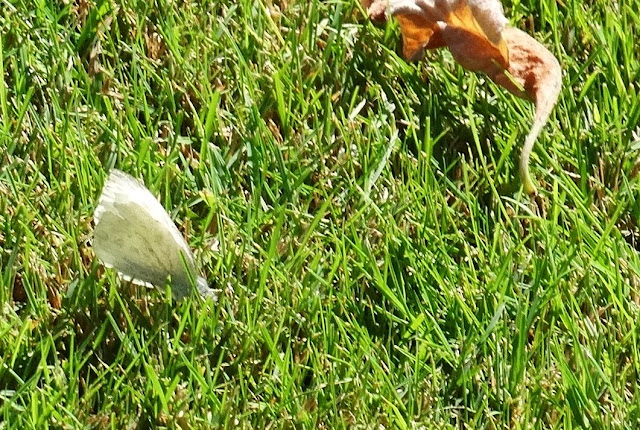 The still and the dead.

A black and white cat lives across the street. It is behaving oddly attaching itself to passers-by and following them as far as the corner. Every now and then it ventures on to the roadway endangering its life. An old lady neighbour concerned about its well-being knocks at our door to see if we know where it belongs. It is unhappy, hungry and thirsty. The creature  is carried to a person who looks after lost cats. She finds that it has a chip implanted in it which indicates its provenance. It appears that, like most of the human beings in the vicinity,  it is doolally .  Hence the alarm. Back with its owners it has returned to patrolling the other side of the street. Meanwhile people in the vicinity are keeping a day and night watch to ensure that  it observes the Highway Code.

A polite and helpful young woman responds to my telephone request for  a boiler service. Tomorrow morning, we agree. "By the way," she says , "Do you have a dog? It's Health and  Safety, you see. One of our engineers was bitten".  "No dog", I say. "Just the tiger and two leopards". Fortunately she has a sense of humour.

"Doolally" - had to look up that one to learn it means "temporarily deranged or feebleminded". Like most of the humans - ha, ha, ha! And tiger and leopards, oh my!

Taught me this "new" word as well.
Poor Cat. I worry about outdoor cats anyway, they are in danger from cars and dogs and can pick up fleas and ticks and so much more and prey on song birds. With mental disorder and old age the situation worsens. At least the poor creature's owner has had it microchipped.

I didn't realise that doolally includes the qualifier "temporarily". You can imagine what a relief it is to me to learn it.

A benign word though. The mildest possible way of describing someone who is not right in the head. It suggests rather a superior sort of wooly-mindedness rather than outrigt madness. I haven't begun to list them but it strikes me that there must be as many words to describe derangement of the human mind as there are supposed to be Eskimowords for snow.