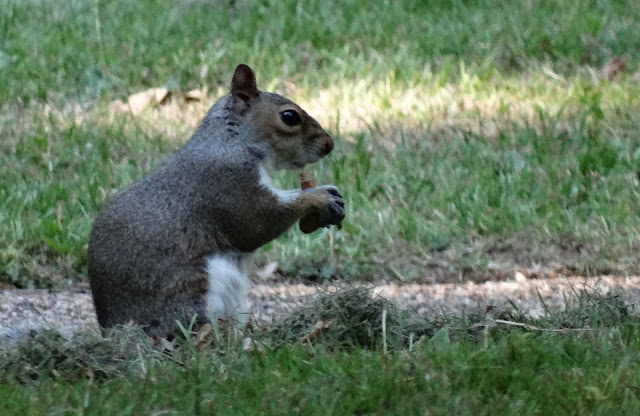 ...this is what he was thinking about.

After the unsavoury din of politicians sniping at one another, a TV programme about Thomas Heatherwick inspires and restores sanity to the world for a few minutes. He is the man who among other achievements master-minded the  cauldron  with its separate fire-breathing stems spreading and closing like a flower at the opening of The Olympic Games last year, and the giant cube for the UK pavilion at the World Expo in Shanghai, from which emerged like the prickles on a shining  hedgehog 66,000 "windows" at the end of 7.5 meter long glass tubes each containing a seed. It was voted the the number one  pavilion of the 250  in the show. Now, with the approval of the London Mayor, Boris Johnson, he is working on an idea, a dream of the actress Joanna Lumley, to build between Covent Garden and the South Bank a zigzag bridge across The Thames in London, with walks and look-out points interspersed among trees and flowers.

Woken by thunder and lightening  last night I am reminded of childhood. "They're moving the furniture if Heaven, " and old lady, I can't remember which one, used to say. My Mother meanwhile who was scared of thunder, determined not to pass on her fear to her children, would move about the house covering mirrors and drawing the curtains, while she intoned, "lovely thunder, lovely thunder." So for me, if only on her authority,  thunder storms  have always  been lovely.
Posted by Unknown at 5:58 pm

In my childhood, I picked up the expression "God is rolling the barrels across the sky" which sounds so similar to moving furniture. I've always loved thunder and lightning but my mother feared being outdoors in it because she had seen people hit and killed by it.

Many years ago we were at my parent's cottage (in Manitoba) on a summer holiday. We slept in the attic, with our youngest child, an infant, in a crib. We were shocked awake early one morning by a lightning strike that felt like it hit the roof. Youngest jumped up from full sleep, terrified. The fear stayed with her for years. I think those kinds of experiences are what instil fear rather than pleasure.

Gosh! That comment of Marja-leena's has awoken an old memory. When I was a kid, I can remember my mother saying that thunder was the sound of Hitler dropping coal in the coal cupboard. Well, well!