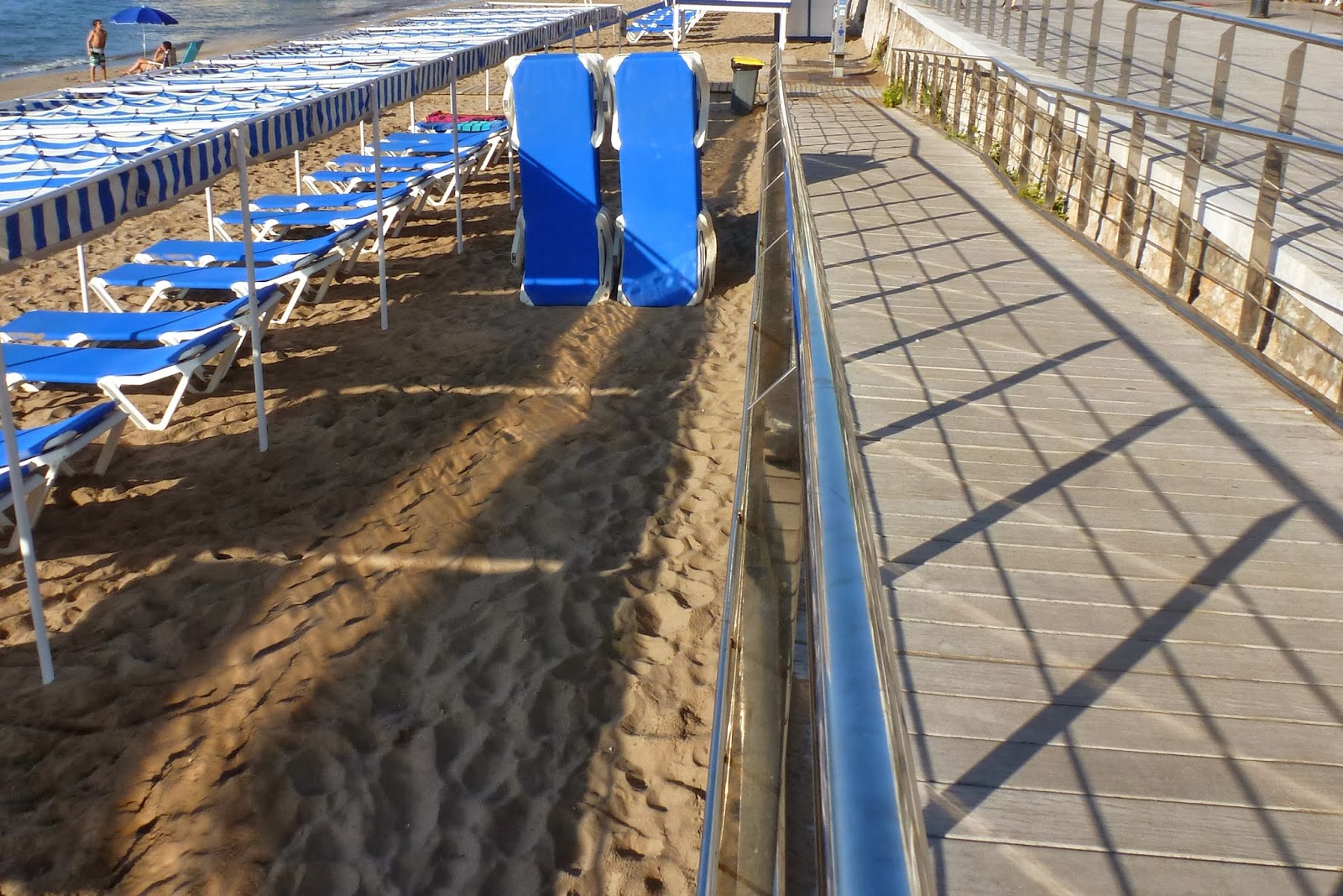 Perspectives. I took a similar photograph last year but luck and experience have improved this version.

An unexpected and  present from my friend Artur Duch. A small book called Los Más Bellos Cuentos Zen incorporating El Arte de Los Haikus. I have always loved the stories told by Japanese Zen masters and the 17 syllable poems known as haikus. To read them in Spanish instead of English probably throws extra light on material inevitably based on translation from the Japanese. But what I like most about the book is the library mark on the fly leaf, which shows a perch  constructed of the letters Duch between two lines. On the perch sits an owl. When I draw Artur's attention to this he says that his name Duch is the Catalan word for owl. I am deeply touched.

People looking out over the sea as the sun set hold telephones up to photograph the glow in the sky and the red  and gold tinted clouds. On the screens the sunset is repeated again and again and brighter and brighter as the light fades.
Posted by Unknown at 4:11 pm

Like so many of your photos, this picture repays clicking on. The patterns created by the colour blue add to these perspectives a sense of place and space.