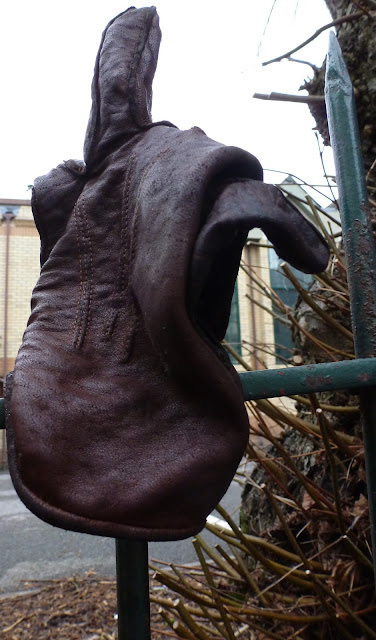 Odd images pop up from time to time as you take accustomed routes through the town. This one deserves a pause.

When I first began to read ebooks, chapter headings rarely if ever appeared at the top of the page - an irritating if not serious fault, now it seems corrected. Half way through the Kindle edition of Richard Ford's new novel Canada I realise that every new chapter now appears on a new page with its heading at the top.

Today I begin a new story for my second blog One Fine Day. It is all or nearly all in my head which makes writing easier but in some ways rather  more a chore than an adventure.

That glove looks downright menacing, looking so big on the screen!

I did not know of the book and of course the title made me curious. From a quick read of a synopsis, It seems Canada has little to do with the story except for being the setting. Hope you'll make some comments when you've read it.