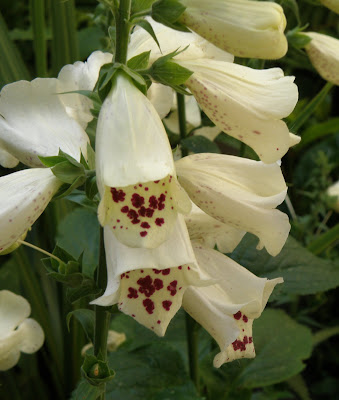 After the pigeons and the mice, there is another marauder in the the vegetable garden. And one intent only on mischief. Last year, it nipped off the stems of  young bean shoots without any intent to eat them or any part of them. This year, bird or beast, I do not know which, it has wantonly nipped the stems of young sunflowers no more than an inch or so high. I can't help admiring it, despite its assault, because I detect a playful innocence and curiosity at work somewhere, which appeals to an irresponsible thread in my nature.

"We can't go in meeting like this," says a pleasant woman as we pass on the slopes of Mount Sion. She smiles as if we know one another. There are a number of people, now, who I think I recognize but may not know and others who I don't think I recognize but who I feel I must know and have forgotten who they are. This encounter falls into the last category.  I think of one woman in particular, who I know lives nearby. " You live in  these flats, don't you? " I say hopefully, because I have a bad record in greeting the person I think it may be. But by this time the truth is dawning: "You're not the person I thought you were," says the pleasant woman with a laugh, "I mistook you for Devon Twells. It must be the hat." Now I do know Devon Twells (yes that is his name and spelt like the county), but I am not sure that I would mistake myself for him, hat or no hat.
Posted by Unknown at 5:54 pm