orange 2 magpies not for eating 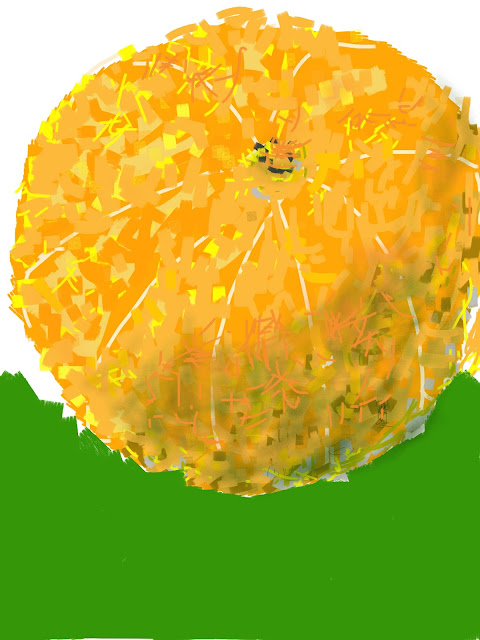 Another attempt at an orange with painted with the  Brushes app.

No children in the playground this damp and cold morning where ice particles seem to form in the cold mist. Two magpies, their long black tails pointed up  in the air  have taken over the territory. They hop and flutter  between the swings and the seesaw.

A printed note attached to the  bunches of daffodils sold at Sainsbury's warns, "Do not eat!" Sound advice.It brings to mind a chef I used to know who put a starter of daffodils on his menu to celebrate St David's Day. I don't think he was a Welshman but he seemed to believe that the daffodil as distinct from or in addition to the leek was the national symbol of Wales. I don't know if he was right. But by and large I think Sainsbury's is right to advise against eating the plant. The dish was imaginative but had little else to recommend it.
Posted by Unknown at 4:55 pm