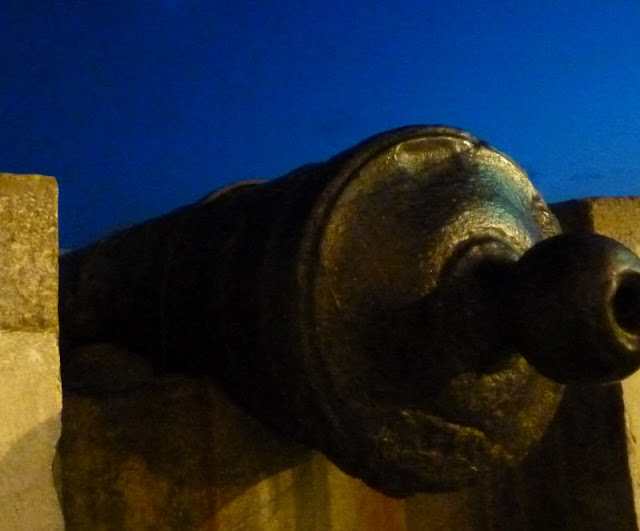 Cannon pointing out to sea below the church in Sitges. It was according to a plaque next to it used to defend the coast against British warships during the Napoleonic wars.

People with a limited knowledge of Spanish are quicker than usual to say thank you for services rendered and like to show off the one word that everyone knows, "grassy arse".

Back home I meet M a neighbour opposite the twitten, the path that gives access to the backs of houses in parallel roads. A van is parked there blocking his way in. We refer to a neighbour, Tony who died a few years ago. He believed he knew who owned the freehold of the twitten, and would have confirmed that the van owner was trespassing. "He knew everything." I say, adding that I seldom admit to knowing anything. "Like Socrates," he says and agrees: "At best I narrow the range of my ignorance." He begins to walk on: "I'm on my way to see my new baby", he says. I congratulate him remembering that his wife had been pregnant. But I forget to enquire whether the baby is a boy or a girl.
Posted by Unknown at 5:17 pm