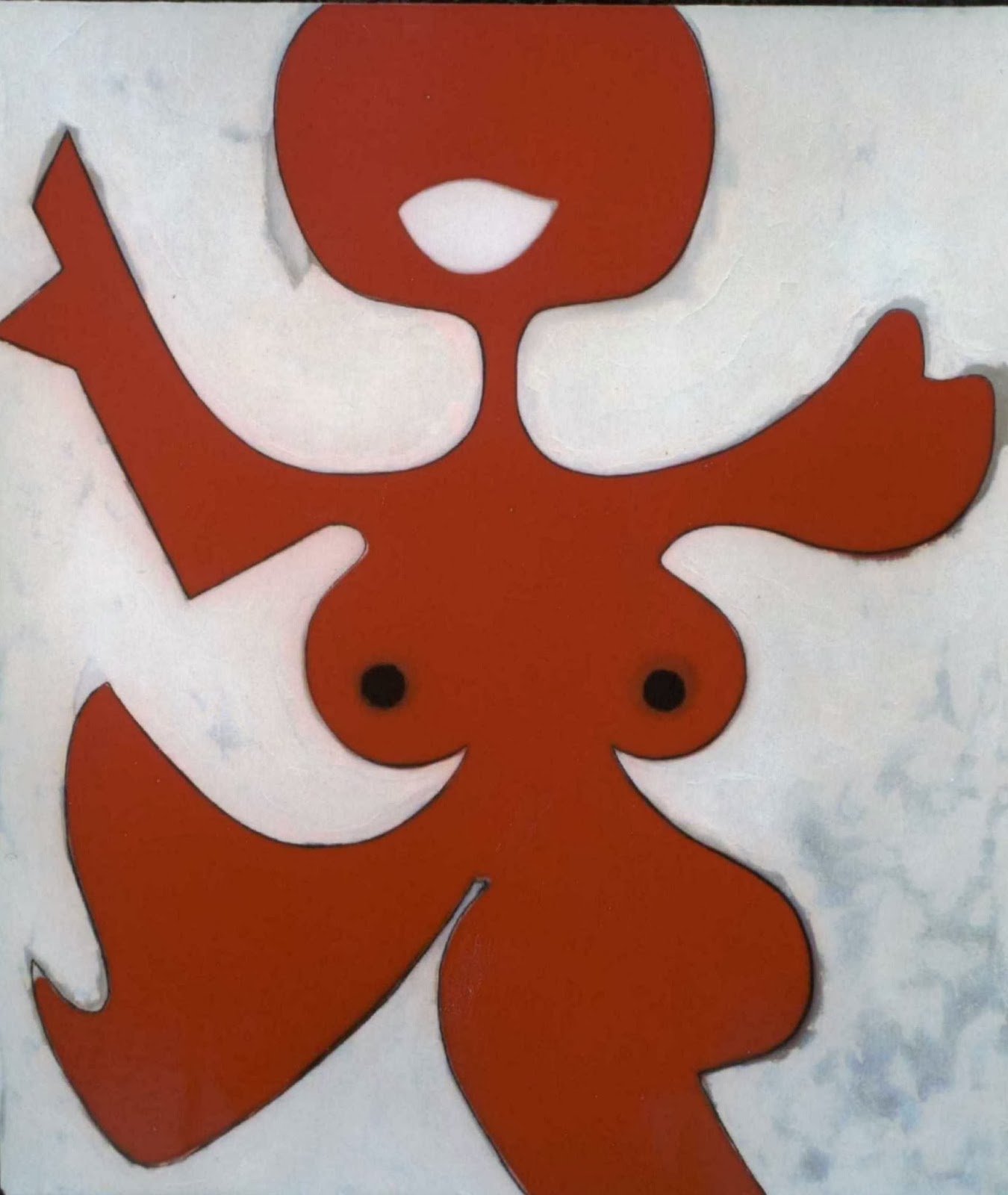 Another inadequate photograph of one of Heidi's most exuberant pictures.  Though she gave immense thought and care to it, she liked neither to talk about her work when it was completed nor to name her pictures. Names and promotion didn't seem to matter.

In the supermarket I watch a woman with an open Moleskin notebook.  It is the large rather than the pocket  version  which I have used for years partly as source for this blog.  I have the impression that it contains her shopping list. I imagine one of these volumes  devoted entirely to routine shopping. You would have  have a record of all your  ventures between its elegant pages, a historical record. But over egging the pudding a little? I wonder. I like  meticulousness.

The retired  politician and diarist, Tony Benn, observes in his latest book, "I've been  obsessed with myself all the time, but I'm just not interesting." It strikes me that in order to be interesting you have to be interested in others, which I think on the whole Ton Benn is, despite his self-deprecation

Such a wonderful way to remember Heidi through the sharing of her art here. I love the joy and playfulness expresssed in this one. Take care, Joe.

Has anyone you have ever known, read or become aware of claimed that they are (Should it be "were"? A tricky grammatical point) interesting? Far better to claim that one is beautiful then everyone would know not to take the claim seriously.

Exhuberant would be an excellent title. There's a parallel here with fiction. It is always better to have a character act out a certain quality, rather than merely describe it. In this case virtually every bit of the painting contributes to (ie, acts out) the idea of exuberance, not just the mouth, the splayed legs and the waving arms but also the colour chosen and the subtly curving outlines.

These are wonderful. The focus on one yet the drawing in of the observer to create a sense of active engagement. The lack of a title is therefore not a lack, but another way for the artist and observer to engage with each other.

(Robbie: Those are wonderful curves, impossible to ignore, but I wouldn't call them subtle...or, is that your point?)

Joe, thank you for sharing Heidi's paintings. You didn't speak at length about her in your blog, though your love for her came through beautifully. Sharing her art lets those of us who never met her gain an understanding of the free-spirited, humorous, engaging woman she must have been. I so look forward to more of her art.

Two artists in the same house - what fun that must have been for you both! Fun and supportive and encouraging.

Robbie You're right. Few people would claim to be interesting unless of course they were not. Heidi was always reluctant to name her pictures, or to talk about them.

Crow We did have fun