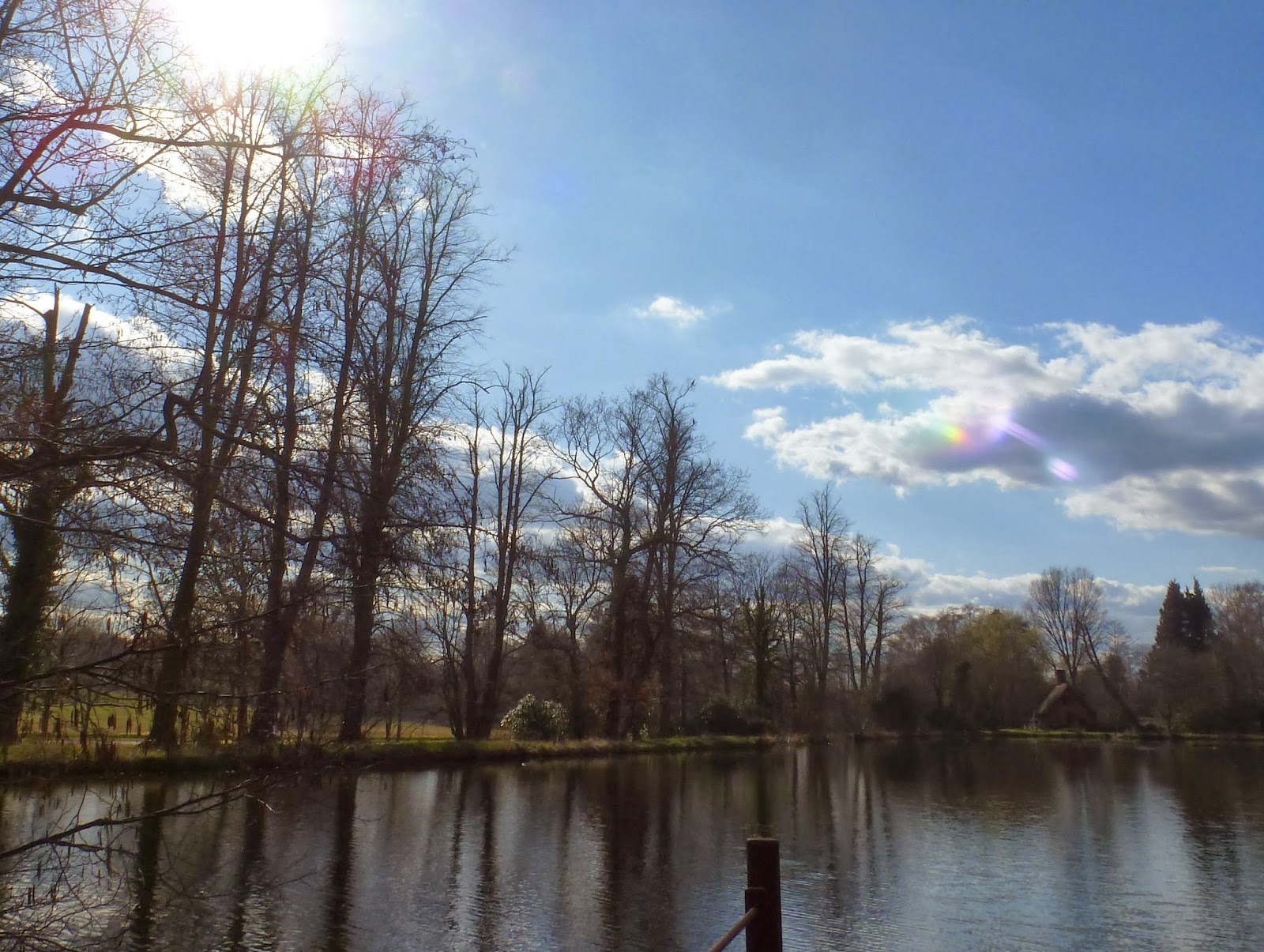 Sun and cloud.  As you see I'm still using the archive for the first of  my three daily observations. But to day as we emerge from the hospital,  impressed by the larch trees profiled by the light of the declining sun and smudged clouds, I say to my friend Milo, " do you mind if I take a photograph.?" Out comes my
camera. But it is something like six weeks since I last used it.  Pity I have a spare battery and should have thought of changing it. Still it's a start. "Never mind, " says Milo, "they'll be there tomorrow."

Today, I hear on the Radio is the 395th anniversary of John Milton's birth. At this time of the year  lines from his sonnet To Mr Lawrence often come to mind;
Now the fields are dank, the ways are mire,
Where shall we sometimes meet and by the fire,
Help waste a sullen day...
It to my friend Anna who pointed them out to me years ago that I  owe their recall today. Such sentiments  easily become multi-layered.

A cruel joke is quoted in an article on Internet spying by Jamie Bartlett in this week's Spectatorr. The author is warning about the terms and conditions of contracts to which people thoughtlessly put their names when acquiring apps and the like on line. How many read let alone attempt to understand this particular variety of small print? Apparently a British firm  included a clause which asked for permission to "claim now and for evermore your immortal soul." No fewer than 7000 were harvested in one day.
Posted by Unknown at 5:20 pm

A lovely picture, even though the colours are somewhat muted. There is something about the area around the house that draws my attention again and again.

Is it possible, I wonder, that the 700 have already sold their souls to the devil (there is SKY television after all) and therefore think they have a good deal?

Is it possible to sell something you don't believe in? How is a price arrived at? No doubt one is paid in bitcoins. How about the classified ads?

Soul for sale; little used.
Soul. One titled owner.
Soul - needs some work.
Soul from much sought-after body.
Soul and body. Will sell separately.
Soul with observatory and en suite.

Sounds likely Tom. My source maintains that 7000 no fewer engaged the fatal click in one day.

Robbie You may well have an idea there. In the old days some of those ad salesman would already have been hard at it. Gogol got in first of course.