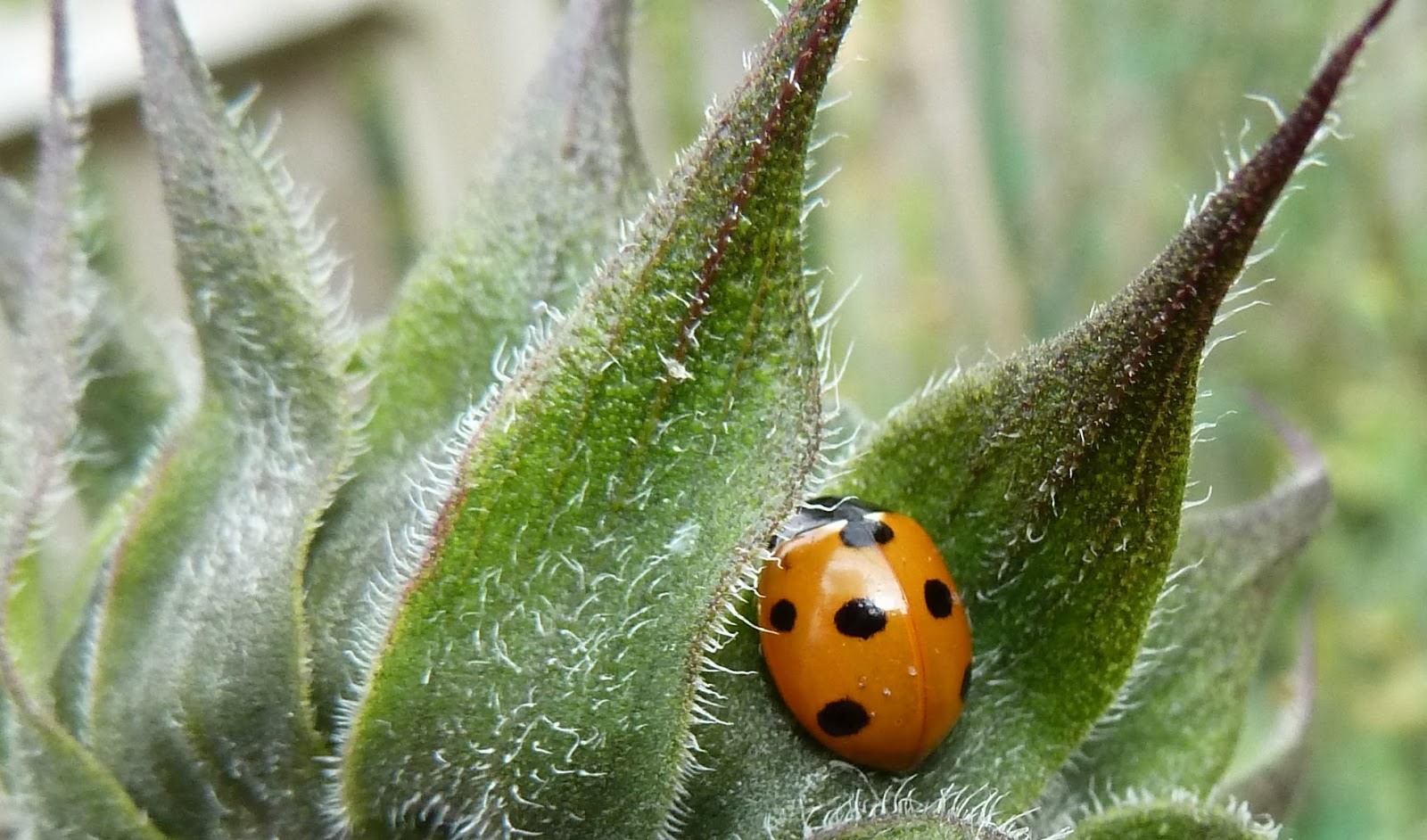 Ladybird from the archives. A contrast of textures.

The BBC's farming programme which I listen to when I wake early tells me all sorts of fascinating things, Pigs, I learn, are being let loose in the New Forest, just now to eat the glut of acorns which cover the forest floor this year. It is not merely a question of nourishing the pigs, but of getting rid of the acorns before the  wild New Forest ponies can eat them. The acorns are poisonous to  the ponies, and several  have died this autumn from ingesting too many. Bringing on the pigs for this purpose is traditional and has a local name - pannage.

What has happened to sport?   Australian and English test cricketers insult one another as they pass on the field.  It's called "sledging". And is often quite vicious.  Meanwhile parents of small children pick fights with each other on the touch line of football matches, and have been know to attack referees. Play up, play up and play the game.
.
Posted by Unknown at 5:10 pm