Necks and feather, straw and art 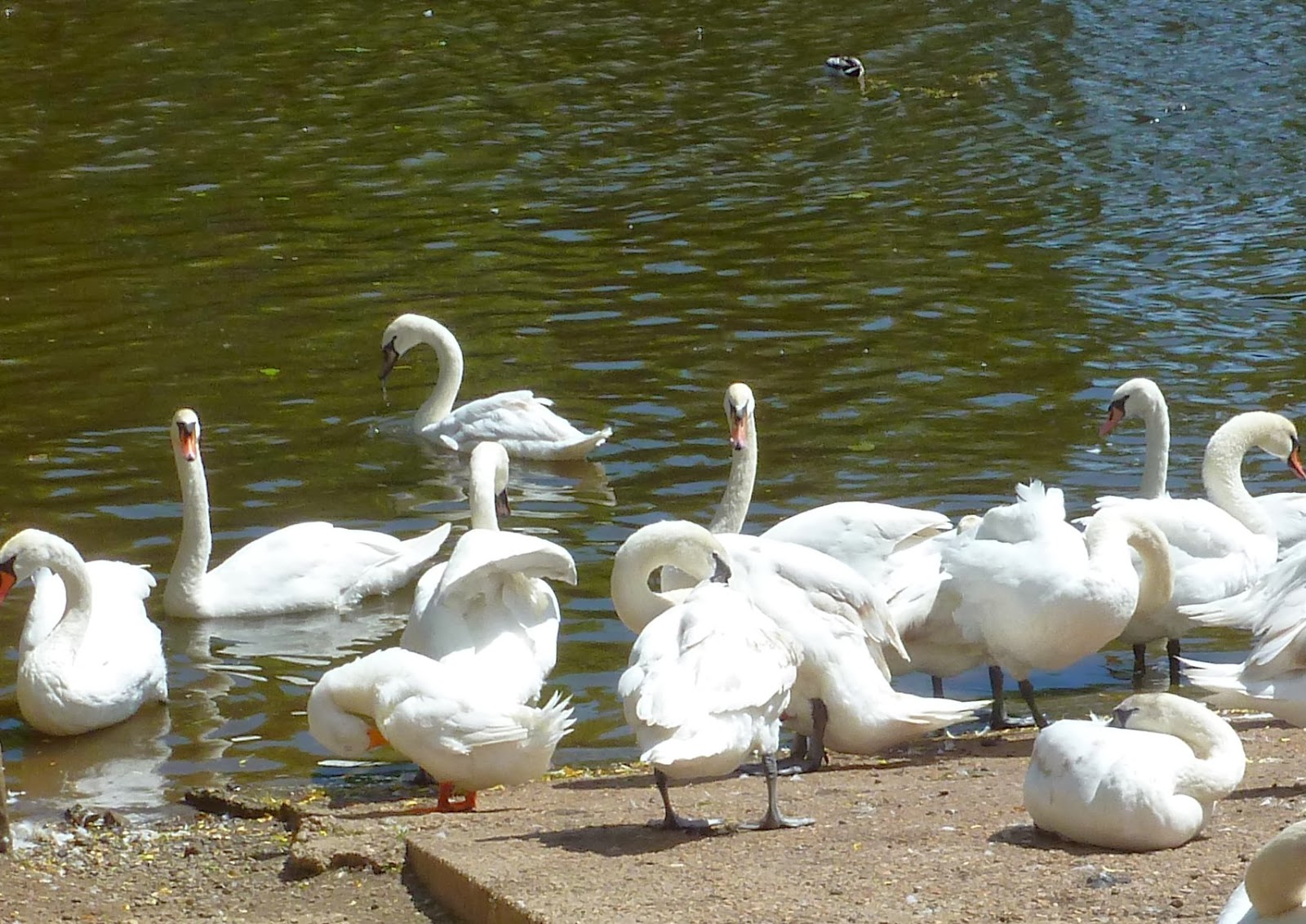 The swan photograph from the archives which I tried but failed to post a couple of days ago.

Some time ago I spent hours  trying to find a story (I took it to be one of Aesop's Fables) about a camel owner who overworked and over loaded his camel until with the ultimate burden  placed  on it the  unfortunate animal keeled over and died. It was then that I realised that the expression, "the last straw that broke the camel's back" which I took to be the motto at the end of a story in fact amounts  to the short story in its own right. The action is confined to five words, but action there is. And of course detail to be supplied. That camel's breath!

A whinging article in the paper about "millions" being spent by the NHS on art to decorate its premises, makes me shudder.  Sculpture and paintings are part of the atmosphere in which patients get well. Bleak walls will help cure no one. The eyes of patients should  be allowed to settle on harmonious images even if they do not consciously take them in.

That was one of the better parts of my stay in hospital in France, looking at good pictures on the walls of the corridors. Nothing challenging, just pictures that made one feel good. And a relief from television!

I an rememember pictures not necessarily of great distinction from childhood sickrooms or bedrooms. Even now I feel their therapeutic effect.