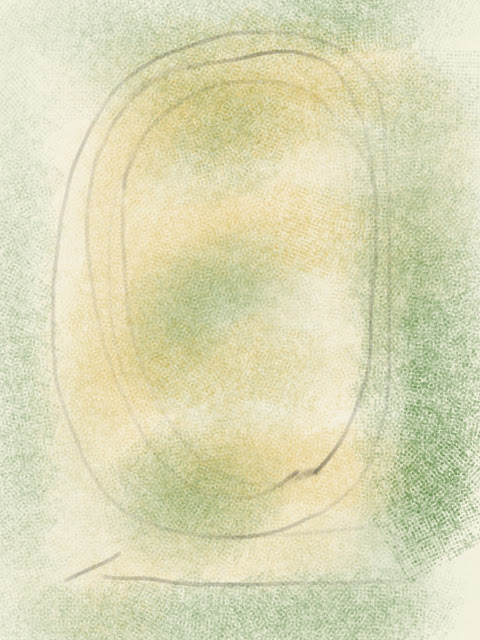 Draft for the Summer which seems far off.

Some sort of Blogger editing procedure interrupted my response to novelist and wine-bibber,  RR's comment on my recent post.  He writes of nouns used to identify  people unfortunate enough to be in the news.  I  often think of the way parenthood creeps in as an identity marker, as  in "Mrs Pivot, a mother of three, who paints Easter eggs in her spare time". He refers to taxpayer which he leaves open to speculation, as in  " Dominic Snacker, a taxpayer of Little Caring, Borsetshire, who is accused of deliberately planting leylandii hedges in the fields of local farmers". I am rather enthralled by this practise (not leylandii planting but equally crude) which seems to be catching.  I only hope that I don't catch it.

A man emerges from Oddbins wine merchant with a bottle of wine, which he sticks into the pocket of his jacket. It occurs to me that wine is usually handled with more reverence.
Posted by Unknown at 5:17 pm

I love your soft image with its spring like colours. Joe: former editor, writer, blogger, artist, gardener, gourmand cook... hard to find one word to describe you... a good thing too!

I tried to comment on your latest story at One Fine Day the other day without luck, and tried again just now without luck. I think it's the google sign in - I wish I could have the option of my own URL as here. Anyway, I see Lucas has said it already. Looking forward to more.

I don't know why it posts double! That happened before then lost them in your attempts to delete one, I think.

I too like that image very much, there is something slightly Marja-Leena-esque about it, I thought!

And I laughed at your spoof designations, especially Mrs Pivot. I don't think I'm being hasty in observing that motherhood seems to be more often underlined than father status, though grandparenthood often seems to get a mention, perhaps to stress the advancing age of the person, which always seems to be of note. I agree in part that the practice is to be deplored, and yet... I'm rather enjoying yours for RR, especially 'wine-bibber', and Marja-Leena's for you. Perhaps we should adopt the practice as a kind of creative exercise?