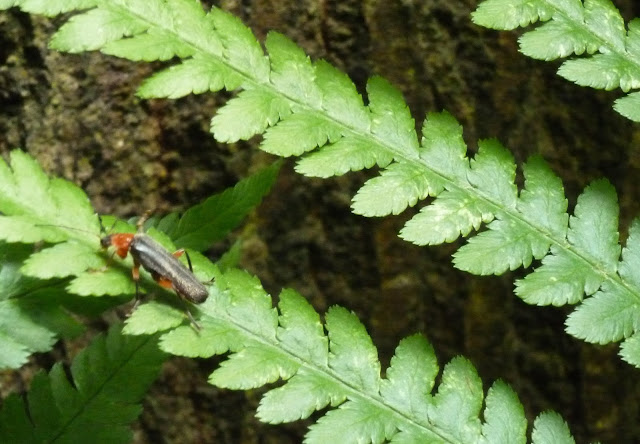 A Spanish neighbour addresses me in Spanish. I reply in Spanish without thinking and proceed down the road rather pleased with myself because I haven't spoken Spanish for almost a year. My memory always fragile seems to be holding up in certain quarters. I suppose language is a bit like riding a bicycle. You are not supposed to lose the knack. Mind you if I mounted a bike, as it  occurred to me to do the other day  I would, after 30 years abstinence, probably fall off.

Dunking biscuits is one of  those activities which was always frowned upon when I was young (bad manners), probably still is, but which is nevertheless worth ignoring the rules for. Proust's example with  the Madelaine, half cake, half biscuit, anyway should surely have made dunking respectable.

Cleverly, you don't say whether you do or don't. When I was young I dunked for the simple frisson of breaking the rules. Now, I am over-burdened with an apocalyptic vision of the dunked bit breaking off. Plus the existentialist question: are biscuits made to be eaten as crisp things or as barely cohesive sludge? You may answer: both. I say dunking so undermines the nature of the biscuit that it ceases to be a biscuit. Two further thoughts: faced with a dunked biscuit - that you hadn't yourself dunked - would you eat it with the same avidity. Leading to this: the attraction lies in the act of dunking not in consuming the transformed comestible. A very minor example of the philosopher's stone.

I only dunked a biscuit once, in my far off youth. A piece fell off in my tea, and I ceased the practice forthwith. Maybe all these years I have deprived myself of experiencing the beauty of consuming biscuit-gunge, to my eternal deprivation. (Interestingly, the wv is 'unpleasant')

As someone who was raised in a family of shameless dunkers I believe the critical point is how long the biscuit (or cookie as we call them here in Canada) is left in the beverage. there is an optimal amount of time, which varies depending on the cookie. If it breaks into the tea then you have left it too long, try again next time. In my many years of dunking cookies I have learned that some cookies are just not meant for it - indeed I can size up the dunkability of a cookie at 50 paces.

"over-burdened with an apocalyptic vision..." this made me smile, thanks RR

Robbie I did when it was disapproved of. Now I don't because I am no longer attracted to mushy food. I would never have wanted to eat a biscuit that someone else had dunked if only because the dunker needs to have complete control of the degree of softness attained. I think that nowadays I value the crispness inherent in the biscuit. See Anon below.

Tom Living as you do in France, you could try a madelaine dipped in a tisane of lime flower. Who know what it might inspire?

Anon My memory of dunking matches perfectly your discription of the biscuit disintegrating. You had to eat it before it ruined your drink.

Best biscuits - the only ones really - to dunk are ginger nuts, preferably in cold milk, as they retain internal crispness while taking on some of the flavour of the dunking medium. I recently discovered they are also good dipped (dunk doesn't seem quite the appropriate verb) in rhubarb and custard. We only have imported ginger nuts as a very rare treat, and I scarcely ever drink cold milk.

If I had really gone native it would be buckwheat crêpes dunked in buttermilk. I wonder what sablés bretons in cider would be like...

clearly, brittany is closer to heaven than tunbridge wells