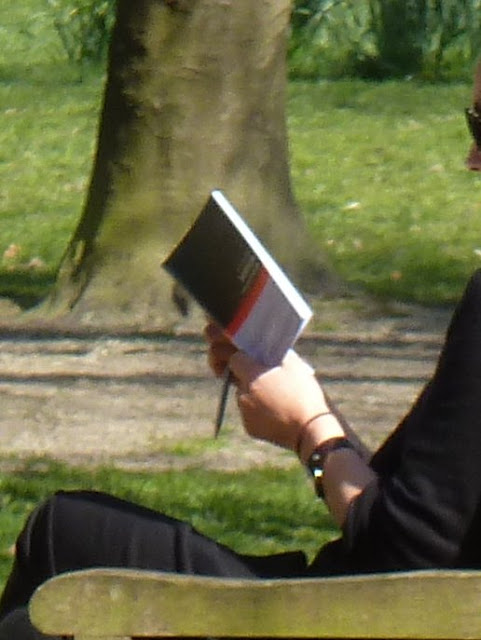 Reading  in the sun.

Some years ago when I was first attracted to baseball caps, Heidi, following a visit to Germany, presented me with a new one for my collection. It bore the legend Borussia Dortmund. Not being a football fan, I  did wonder about the value of the affiliation. Today when I note that the team will face Bayern Munich in the final of the Champions League at Wembley in London., I can see that it could come in useful for the first time.  Not since the Saxon invasion of England in the fifth Century AD  have more Germans arrived here at the same time apparently. Tempting as it is, however, I have decided to keep away from Wembley this evening, in part because, the fortuitous possession of regalia aside, I am not sure which team I would truly  want to support. Having visited Munich and been deeply impressed and never been to Dortmund, I fear that my loyalties are in the balance.

Today a children's  picnic in The Grove is indicated by balloons hanging from trees, and lots of little people dressed as superman, cloaks flowing behind them as they scamper about. Girls seem to have been excused the uniform, but shriek as noisily as  the boys. The merry cries of children seem to mimic the birds in the trees. All's right with the world. Well, almost.