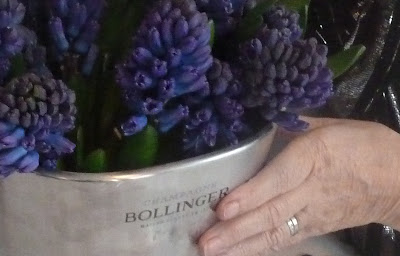 Outside the pub in Groombridge, a spaniel tethered to a table leg keeps an eye on things, while his humans drink and scoff. But it is his nose which is most active. As a  new person approaches or another dog passes, he raises his head and his nostrils twitch with trembling curiosity.

Pushing a wheelbarrow across The Grove is an 80-year old neighbour salvaging logs. He is a former surgeon.  Tree surgeons have been cutting down diseased trees and sawing them up. Not to miss the chance of a store of winter fuel, he asks if he can have them. "Take as many as you want," he is told. And here he is on his third or fourth trip, bent over the wheelbarrow. May his fires burn bright.
Posted by Unknown at 4:53 pm