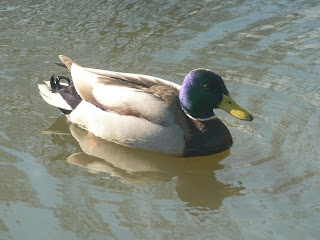 
Pairs of epithets used to describe products in Sainsbury's caught my attention the other day. Here is an update. It occurs to me that many of them are interchangeable. Some might usefully be applied to completely different objects. Or to people.
Sweet and aromatic - mangoes
Tropically sweet - pineapple
Tangy and crisp - Braeburn apples
Sweet and juicy - tomatoes
Juicy and refreshing - Kiwi fruit
Crisp and juicy - white seedless grapes
Fresh and crunchy - celery
Sweet and crunchy - peppers
Mild and nutty - closed cup chestnut mushrooms
Smooth and creamy - courgettes
Succulent and tender - trimmed fine beans
Succulent and crisp - dwarf beans
Crisp and tender - trimmed mangetout

I note the variation on smart phone reported by Danny outside the pub yesterday. "She asked for a clever phone," he says. And adds by way of explanation "she's a blond".
Posted by Unknown at 5:15 pm

I don't know if it's just at my computer, but your images are missing in this and the last post, replaced by a crisp little blue box with a curly white question mark - a bit lacking in colour and spices :-)

I am not receiving your last few images either... and I know I've missed some good ones.

Me too no images, Chrome won't let me open them in a new tab either.

Those epithets are quite annoying really, as if you have to be told what things taste like, you can't decide for yourself.

The images didn't transfer to blogger as usual. Don't know what's wrong. But I have tried I htink successfully to upload rather thant down load from Picassa.

Lucy The epithets are mindless and annoying, as the person in the Sainsbury marketing department who has the job of thinking them up might write. I amuse myself though imagining him or her at work.